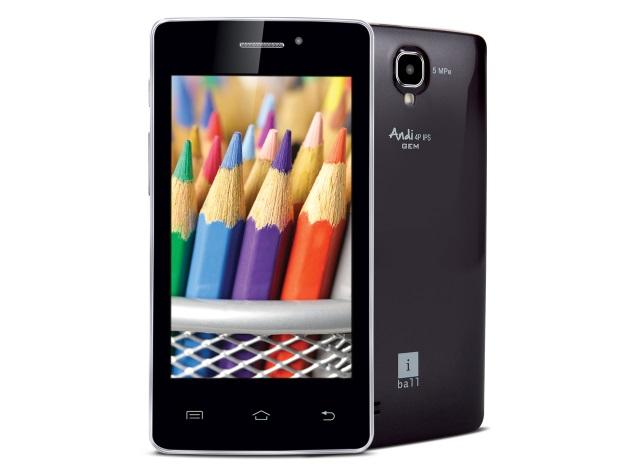 iBall Andi4P IPS Gem smartphone was launched in December 2014. The phone comes with a 4.00-inch touchscreen display with a resolution of 480 pixels by 800 pixels at a PPI of 233 pixels per inch.

The iBall Andi4P IPS Gem runs Android 4.2.2 and is powered by a 1300mAh removable battery.

The iBall Andi4P IPS Gem is a dual SIM (GSM and GSM) smartphone that accepts Regular and Regular. Connectivity options include Wi-Fi, GPS, Bluetooth, FM and 3G. Sensors on the phone include Proximity sensor, Accelerometer, Ambient light sensor and Gyroscope.

That’s all to the specifications and details of iBall Andi4P IPS Gem, If you find any Error or missing information? Please let us know